Motion Detection Systems And Their Uses

A motion sensor detects motion and essentially triggers an alarm in response. Motion detection is an excellent addition to a security system. Motion detectors can recognize energy emitted by people or animals (pets). This can either be passive or active perception but ultimately, changes in light intensity or movement will trigger a response. Their main use is to detect intruders. They are also useful for other monitoring purposes.

There are many motion detection methods especially through the use of CCTV systems. Users can increase the support and functionality of their systems with applications and programming tools such as artificial vision. A good example is motion detection OpenCV. Let’s take a closer look at the types of motion detectors. 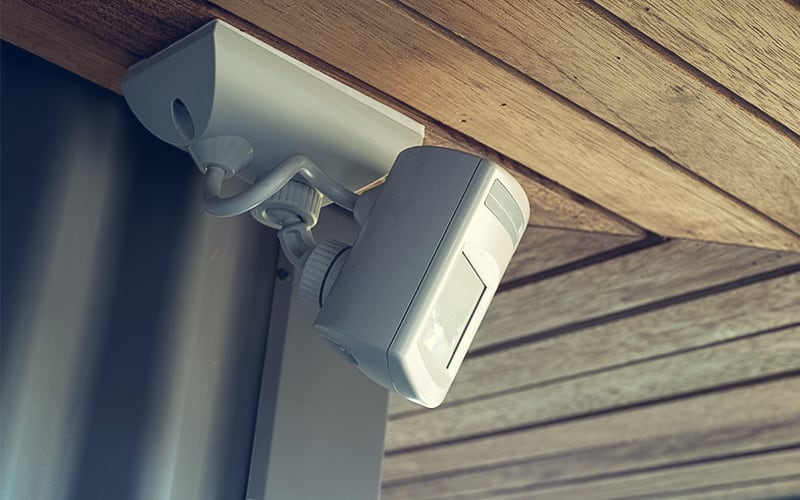 Sensors detect energy emitted by people or pets. This can be in the form of heat or movement. Essentially, not all sensors detect energy in their environment, in the same way. This is why there are different types of sensors. There are many motions detection methods and other forms of energy detection. Let's take a closer look at them.

These types of sensors can detect active movement within a specific area. Whenever there is any kind of movement, a signal is sent by the sensor. This will in turn trigger a response. These responses may vary i.e. they may be in the form of an alarm, or a light being emitted, or even caused a door to open or close.

These are commonly known as passive infrared (PIR) sensors. They normally detect infrared energy which people or pets emit as heat. It is a popular choice among homeowners. It has its benefits, for example, it can detect whether the energy emitted is from a person or pet.

These are sensors that mainly depend on changes in light intensity to detect motion. When a person or pet moves, the light intensity will change and therefore trigger a response from the control panel.

When an intruder tries to get into a premise with a photosensor, the changes in light intensity will trigger an alarm.

A motion detection sensor is an essential part of a security system. CCTV cameras play a vital role in keeping users safe and for monitoring purposes. However, cameras have their limitations, for example, users may not be aware of danger unless they were watching the monitors in real-time. There are also cases where danger isn't in the form of a burglar and this may require other equipment to detect.

Cameras aren't the only monitoring tools available. Motion detectors can also help provide added monitoring abilities. They can detect movement or heat within a wide range.

They are useful in a house with toddlers, the elderly, or even pets. Users can detect when their loved ones are in potential danger such as a toddler playing near a heater.

CCTV systems require frequent or even constant observation to get the best results but this may not always be possible. With motion detectors, any time the system picks up signals that trigger a response, they can send notifications to the users and the service provider if need be. This ultimately increases safety, speeds up response time, and reduces chances of injuries or losses. This makes them effective as a security measure.

They can recognize intruders and visitors. When there's someone at the major entry points, motion detectors can alert the users.

The majority of sensors can be used both indoors and outdoors. For many homeowners, it is a useful monitoring tool. It is therefore an essential tool for keeping an eye on things within the home. This raises the question of safety. How safe is it to use the sensors indoors for prolonged periods?

Sensors are safe to use even over long periods. They also have many useful benefits.

Convenience - Having sensors means that users don't need to constantly watch their monitors to know what is going on in their homes. Sensors can alert and notify users when there is danger. In some cases they can be used with lights, turning them on and off automatically which also saves on energy.

Deters Crime - Generally, homes with security systems tend to be less likely to be targeted by burglars. Motion sensors can alert users when the system is triggered which could essentially cause criminals to flee.

Systems that detect motion are beneficial because of the added security they offer. They also are useful tools for monitoring. Using sensors could help avert danger and keep all the members of their household safe. Even though investing in motion sensors may be a costly investment, there are a lot of varieties that users can choose from.