A look at AHD and Analog Technologies

AHD can transmit video resolution of 1920 x 1080 uncompressed format. This technology can achieve reliable transmission of up to 500 meters of an HD video signal. It takes on advanced Y/C simulation filtering and signals separation technology. This effectively reduces color noise found in high-frequency regions. 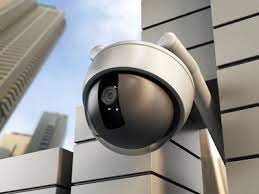 Why HD Analog technologies are preferred over HD IP Cams

While there was a time when the surveillance industry believed that analog CCTVs would have been faced out by now, that is far from the truth. In the year 2007, there was a rise in the popularity of megapixel resolution internet protocol cameras.

However, their popularity was short-lived as more people realized that their price was high and set up more difficult. In came the HD-SDI in 2010, which has since been widely used to make HDTV and movies for years. Even so, there has also been a limited acceptance of good quality HD-SDI cameras. One of the reasons is their limitation as far as running a coaxial cable at a long-distance goes. HD-SDI also doesn’t support video baluns.

AHD has since addressed the most prominent issue one of them being the Analog CCTV camera price. Other issues held back other HD surveillance cameras, preventing them from taking the lead in the analog Closed Circuit TV market. Installers now have the option of using coax cables like analog surveillance cameras. What’s more, the coaxial cables will work at a similar max distance. Installers who prefer UTP cables like CAT5 have video baluns for their AHD cameras.

In terms of analog camera price, AHD cameras have a slightly higher cost as compared to analog ones.

AHD are suitable for these installation types:

AHD cameras use coaxial cables to connect to DVRs. These cables are similar to those used in conventional analog CCTVs. It is typically an RG6 or R59 coaxial cable. It is worth noting that an RG59 coaxial cable can run for a long distance without losing video.

Even though AHD has many benefits, it also has its weaknesses. For example, it has a limited ability to integrate with complex access intrusion or control systems. This is mainly due to a lack of support from major manufacturers.